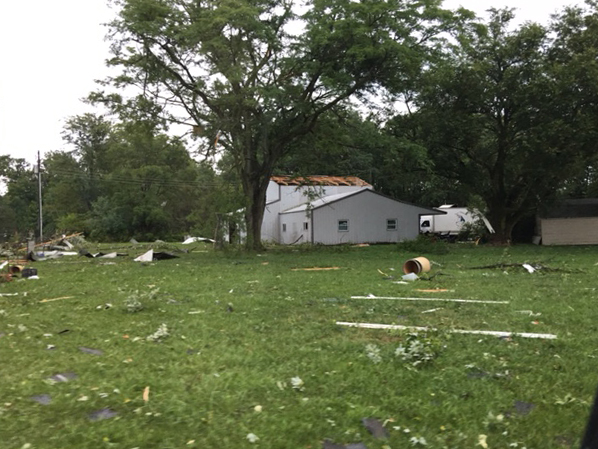 A tornado outbreak occurred in Indiana and Ohio August 24, 2016. Storms did considerable damage in several of the 11 counties covered by the IMO SKYWARN quadrant two net on the Allen County Amateur Radio Technical Society 146.88 MHz repeater in Fort Wayne. Below is a log of the net’s operations that day.

1714 Invoked directed net due to tornado warning in northeastern Allen County, Indiana (During a directed net, all stations remain off the air unless they have severe weather to report.)

1813 KB9NKM confirms funnel cloud, not touching ground at this time.

2000 Directed net discontinued due to expiry of Allen County tornado warning. Standby mode implemented. Stations who stood by but did not transmit due to having no severe weather to report invited to check in:

Stations who submitted reports during the operation included: