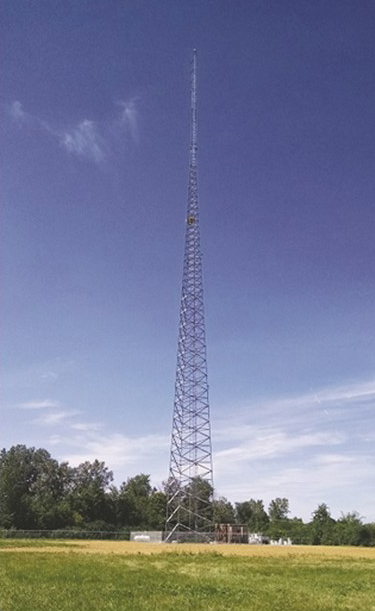 Broadcast radio station WLDE has offered the club space at 280 feet above ground level on its new tower in New Haven, near the geographical center of Allen County. Power (including automatic emergency power) and Internet access would be free. The club would have to provide a building for its equipment.

Steve proposed that the club:

The total estimated cost would be slightly more than $6,800, including new antennas, feed lines, building and the services of a professional tower climber. Steve suggested a number of ways that the club might raise the money for the project.

Steve displayed a PowerPoint file while presenting the proposal during the club meeting. Download a PDF version of the slide deck by using the link below.

Steve plans to write more about the proposal in the August issue of Allen County HamNews. He said the plan would require a vote by the FWRC membership “at some point in the future.”