Al Burke, WB9SSE, has provided two photos from the FWRC Spring Banquet, which took place May 10, 2013. You’ll find them in our photo gallery.

The fourth foxhunt of the 2013 FWRC’s foxhunt season occurred on Sunday, the 5th of May on a warm but overcast spring day. The mild Sunday afternoon put everyone in the mood to HUNT!!

May’s hunters included the team of Jim & Annie Pliett, K9OMA & KA9YYI plus Carole & Al Burke, WB9’s RUS & SSE; the team of Charles Ward, KC9MUT and Fred Gengnagle, KC9EZP, and the team of Kim & Jim Machamer, KB9’s DOT & DOS, a total of eight participants eager to get at the wily fox.

The high power fox was a mobile rig driving a quad antenna while the actual fox was a microfox programmed to output cw one minute out of every five. The fox broadcast on the input to the 146.94 machine so that local hams would be able to listen-in on the progress of the hunt.

Dave & Bob had added camouflage to the microfox and installed it in the branches of a tree at about six feet off the deck. It was extremely hard to spot as can be demonstrated in the pictures associated with this issue of the Chronicles.

END_OF_DOCUMENT_TOKEN_TO_BE_REPLACED

The FWRC participated in the Indiana QSO Party this weekend, and ammassed approximately 25,000 points.

The next contest for the club will be the ARRL VHF QSO Party, June 8th and 9th.

On-the-air planning meetings for the VHF and Field Day events will start back up May 16, at 7 p.m. EDT, on the 146.76 MHz repeater in Fort Wayne. If you are interested in being involved or helping out with either of these, please try to attend, or communicate with me via e-mail or phone.

The June FWRC meeting is planned for Dolnick Learning Center (site of the Field Day effort), June 21. We have talked about trying to do the meeting at the actual site, to get people involved, and catch some free help with setup and testing. It is also the “QRP” night before Field Day! Should be a great time!

Field Day weekend is June 22 and 23. Everybody ready? Didn’t think so!

This Friday, May 10th, we will hold our spring banquet at 6:30 pm in Raasch Hall at the Good Shepherd United Methodist Church, 4700 Vance Ave in Fort Wayne. As usual, this is a carry-in, so please bring a main course, a dessert, or side dish to share. The club will provide regular and decaf Coffee, as well as punch, both regular and sugar-free.

We will also provide plastic silverware, and paper plates. YL’s (and some OM’s) will like the centerpiece giveaway afterwards.

The banquet is to held on the second Friday of the month, not our usual third Friday meeting day, due to the Dayton Hamvention beginning May 17th.

The banquet is always a very fulfilling experience! Lots of good food and good Amateur Radio fellowship as well. Please plan to attend!

For planning our upcoming Indiana QSO Party activity, which will be run this coming Saturday, May 4th, at Dolnick Learing Center on the IPFW campus, noon to midnight, please join me tomorrow night for an on-the-air meeting.

We will be meeting at 7:00 pm on the 146.76 repeater in Fort Wayne. If you would like to join in on the operating for this event, but cannot make it to the meeting, please e-mail me at W9SAN@ARRL.NET and let me know if you plan to attend and what equipment you can bring along to help out.

Last year, we won two thorphies from the Hoosier DX club for best club in Indiana and highest Multi-Multi operation. Hopefully, we can do as well this year!

The third foxhunt of the 2013 FWRC’s foxhunt season occurred on Sunday, the 7th of April on a beautiful warmish spring day. Just a perfect opportunity to be outside after a long winter.

April’s contingent of hunters included the team of Jim & Annie Pliett, K9OMA & KA9YYI plus Carole & Al Burke, WB9’s RUS & SSE; the team of Charles Ward, KC9MUT, accompanied by a blast-from-the-past, Phil Hooper, AB9IZ; the team of Linda & Steve Nardin, W9’s LAN & SAN plus their grandson Alex; and the team of Bob Dean, KC9UHU & Dave Spence, K9NDU. So there was a total of eleven hunters’ intent upon getting after their ever elusive prey (as long as it wasn’t in New Haven, although it turned out that it was).

Serving the role of the prey for this contest were Kim & Jim Machamer, KB9’s DOS & DOT. They hole-up at a single diamond baseball complex in Klotz Park, hidden in the Southwick Village neighborhood of New Haven, and a part of the New Haven Parks and Recreation System. This location was not on any of the maps, paper or electronic, possessed by the hunters, and I think a band of Navajo Trail Trackers would have had the same amount of trouble we did ferreting out their location. Why, it was almost like Jim and Kim planned it that way,…….hmmmm.

END_OF_DOCUMENT_TOKEN_TO_BE_REPLACED

The February/March 2013 issue of “Internet Genealogy” magazine included an article, “Can You Acknowledge Receipt?” by Fort Wayne author Carol Richey about QSL cards. The story quotes FWRC President Steve Nardin, W9SAN. Use the link below to download a copy as a PDF file. 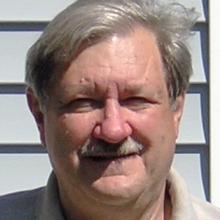